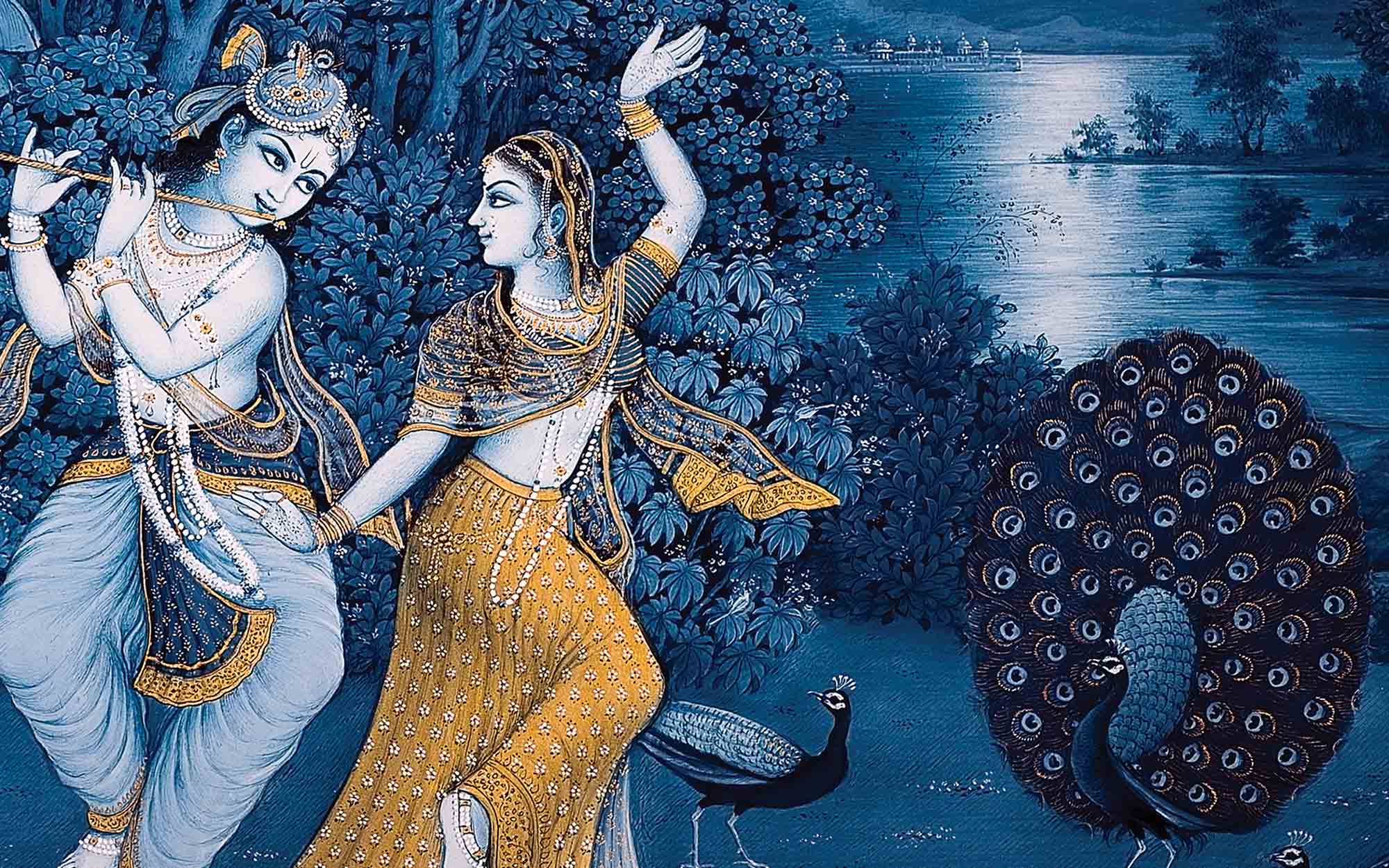 Krishna is one of the names of God. The name Krishna means “all attractive” in Sanskrit. Although there is only one God, He has an unlimited number of names, just as there is only one Sun, which in different countries and different languages is known by different names. According to Vedic literature, which originates from Krishna Himself, Krishna is His most dear name. Some of Krishna’s other names often used in Vedic literature include Govinda, Gopinath, Damodar, Shyamasundar, Kanai, Radha–Raman, Madan–Mohan, and Yashoda–kumar.

Krishna exists in three features. The first feature of Krishna is called Brahman, his all-pervading feature that is without personal form and which spreads throughout the whole creation. Krishna’s second feature is Paramatma, the Super-soul. Param means exalted or supreme, while Atma means soul or real identity of living being. As paramatma, Krishna is present in the heart of every living being, moving and non-moving, even in the hearts of those of microscopic size. The third feature of Krishna is called Bhagavan, which means the original person who fully possesses six opulences. Krishna is the Supreme Absolute Person.