In Memoriam of Sarupa Devi Dasi 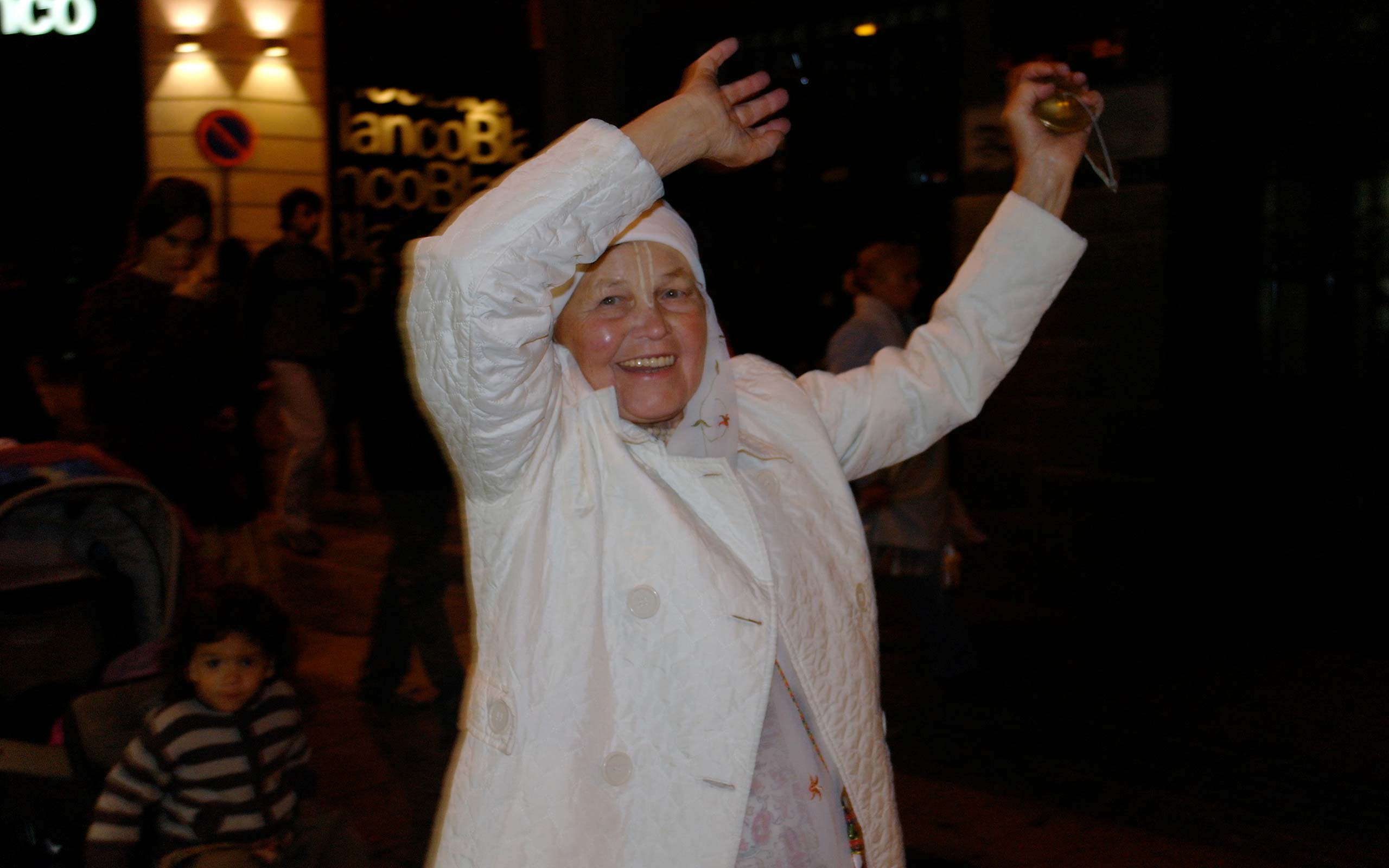 “That which pervades the entire body you should know to be indestructible. No one is able to destroy that imperishable soul” Bhagavad-Gītā 2.17

Today (29/10/2017) has left the body the first Pujari of Lord Jagannatha, Mataji Sarupa.
During the auspicious Brahma muhurta (3:30) on the ninth day of the brilliant fortnight of the month of Kartika.

It was a great blessing to have her with us during her last ten days.
We thank Lord Jagannatha and His dear devotees for taking such wonderful care of this wonderful devotee.

We would like to mention the special care offered by Bhakta Dany Galan who even slept in her room and attended her with much affection.

We also thank her family for their trust and for allowing us to take care of Sarupa during these days.

Mother Sarupa was one of the first ISKCON devotees to join in Russia. She met the first devotee in 1979 while coming out of a magic show. She bought the Bhagavad-gita giving the 25 rubles that a friend gave to her to buy vodka.

With tears in her eyes, she tells how Srila Prabhupada created a revolution in her heart through the pages of that book.

After much searching, she was able to meet the devotees in 1980 and in 1982 she met her spiritual master. She received initiation in 1982 and in 1986 traveled to India with the first group of Russian devotees.

Since there were no temples in Russia, she practiced Krishna consciousness from her home until in 2001 when she migrated with her daughter to Spain. As soon as she arrived, she went on the search of the devotees and soon managed to contact the devotees of Barcelona who invited her to live in the temple and to serve the Divinities with great enthusiasm.

In 2007 she moved to Tenerife where her daughter found work as a naval stewardess.

It is not until 2010 that she manages to meet again with the devotees in the installation ceremony of Sri Jagannatha, Baladeva and Subadra Maharani. She was the happiest person in the world and soon offered to cover the most important services in the worship of the Deities, she was 79 at that time. Since then she has served as the main pujari and rarely missed it, except in few occasions for reasons of health that forced her to be hospitalized.